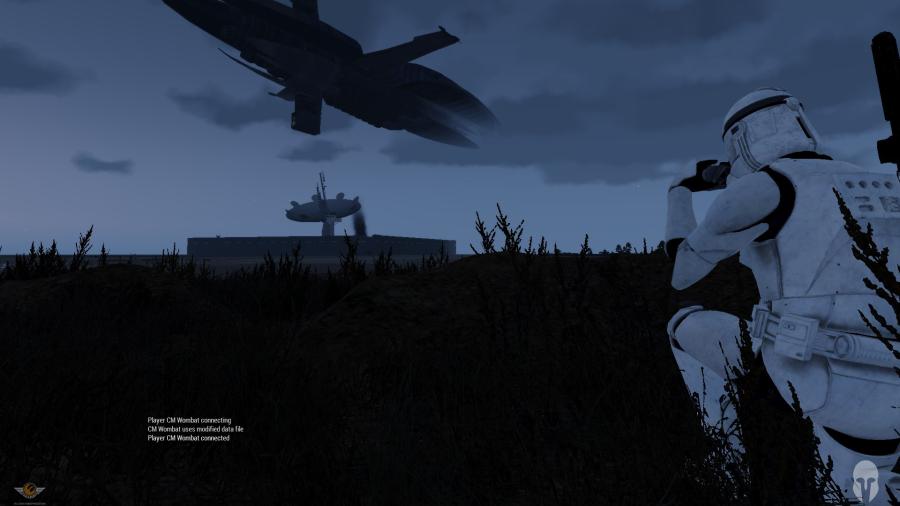 Disaster, Deprivation and Lawlessness. As the Clone War rages across the stars, numerous refugees flock to the independent planet of Lok to escape the travesties and malicious brutality of the Separatist Forces. Unknown to them, the opportunistic scum and villainy within the growing communities seek to take advantage of these starving people with gleeful, gluttonous credit filled hands.

The planet Lok is currently transitioning into the winter, mountain tops are snowy but rest of the planet remains temperate until late into the winter season. The population is a mixture of refugees and survivors of the war, living in villages, trying to move on. The rest are expected to be spacers, mercenaries and other various vagrant groups with limited technology. Doing their best to get by, they’ve resorted to many new lifestyles trying to recover from the conflict. Some groups have even gone so far as to have made claims that the Republic is attacking them. Repeating broadcasts are being sent out with the message that they are being attacked by Republic forces and need help. It’s public knowledge that we have no forces there.

Lok has had its infamy with individuals who have drifted toward it throughout history, looking to hide or avoid suspicions. Is not aligned with the Republic or the Confederacy and will now make it’s name in galactic history.

By order of the Republic Senate itself; the 501st Clone Legion, Hailstorm Battalion deploys in full force onto the planet to restore order and bring liberation to the people of Lok. As expected by Republic Intelligence; Separatist spies have begun sending propaganda signals of terror to the planet’s would-be occupiers and the many Droid fleets that ravage exposed worlds.

Brave and determined clone forces fight through villainous pockets of Separatist Terrorist Cells to liberate and bring each village into the warm embrace of the Republic for the quickening winter that approaches; threatening to bring these starving refugees into more dire circumstances..

This news team would like to ensure the people of Lok that we come to help. Stay within your homes, cooperate with the Clones that come to assist and free you but otherwise remain out of danger. Finally, the Confederacy of Independent Systems are not your friends and will seek to destroy what little of your livelihoods you have left.

The following article was commissioned by the 501st News Team and received from CP Klown with information regarding his very own MOUT (Military Operations on Urban Terrain) trainings that he has hosted for quite some time.

Topic of Teamwork, Cohesion and Communication

Teamwork in the context of CQC is, at its core, defined by the level of respect and trust a fireteam has between its members. A fireteam in which nobody trusts each other is just four individuals being glued together by the rules, whereas a fireteam that has members who respect and trust each other gain a synergy that cannot be achieved otherwise. This enables said fireteam to shine as well as bring out each individual’s best aspects.
Communication is just the same, you can’t get above a basic level if you don’t have strong cohesion. The more tight-knit your unit is, the less likely it is for communication to break down when shit hits the fan, and that is the only time when it truly matters.

There is only one tip I have for you. Stay alive.

Surround everything that you do with that objective in mind and you will succeed in anything. Any mission, no matter the difficulty, can be completed as long as one condition remains true: there is someone to finish the job. If you want more generic crap advice like keeping your gun on full auto and shit, you came to the wrong person. Risk management is the single most important thing you need to be aware of, and is the core of survivability. Every move you make exposes you to a whole new batch of risks. The challenge of MOUT is being able to critically assess these risks and take them without losing trust in yourself or your team. The greatest enemy you will ever have to deal with is not a b2, a squad of B1s, or an IG88, but your ability to stay cool and deal with the situation as it develops.  Break down every engagement to its core elements, see it for what it is, deal with one problem at a time, and I guarantee you will succeed in whatever task is before you. I would say this applies to most things in life actually.

The standard fireteam breach commonly taught in initial is good for beginners, but it is not an effective method at all. This does not mean that what you are taught in Initial is useless, but breaching and clearing is not something that you should standardize if you want to be truly good at it. There are dozens of methods one can use in order to breach and clear a building. Determining the best one for your situation depends on more factors than I would be able to write without this turning into one massive word wall; breaching and clearing is an art form, and should be treated as such. Think outside the box, try new things, do what works for you, and forget what doesn’t. Refine your method through trial and error.

Planning for a MOUT operation is like planning your road trip based entirely on the weather prognosis. It’s not always wrong, but your plan is 1 dimensional and will be found lacking at some point. One should always attempt to plan in a manner that will force the enemy to have the fewest moves possible while enabling the most wiggle room for your unit. As a simple example, when pushing into a city, do so with your flanks covered so you take away the droids ability to flank you. If there is an MSR that the droids could use to flank you with AATs or MK2s, block it off or mine it if possible; at the very least keep your flank in the back of your mind and check it regularly. If they have a QRF base or mortar emplacement on the outskirts, prioritize those; generally, make an effort to remove outlying force multipliers before going in. Limiting and forcing your opponent into a corner makes him predictable, and you always want to fight the enemy you know rather than the one you don’t. MOUT will always be the most unpredictable environment of all, but bringing an umbrella even if the forecast calls for clear skies, it might just be worth the small burden. Stay adaptable, be ready for anything, and remember the old saying, “no battle plan survives first contact”. Taking a proactive and dynamic approach will always be the most difficult but also the best; reality doesn’t care about how well written your OPORD is.

Experience outranks everything. Training is simply passing experience down quickly from those who have it to those who don’t, but training alone cannot ever hope to substitute firsthand experience.

"It's been a hell of a ride, hitting 2 years this weekend, and we hope to see all of you here for many more years to come!" - BC Jay

“Did a good job on Llanic and looking forward to Lok, my quote is better than Pompano’s quote” - CS Legia

“2nd platoon is geared up and ready to take on whatever lies ahead.” - CS Pompano

"Did you know that CC Ewik dips his pizza in milk?" - CC Lava

“With Trainings and Operations on the up, we’re continuing to refine ourselves as an effective unit. We look forward to the anniversary, and look forward to another year of the 501st.” - CS George

“Everything is going according to plan …” - CC Klein

You have to stun an enemy in the legs in order for the effect to be successful.

Lt. Euler can sometimes get “fustrated”. 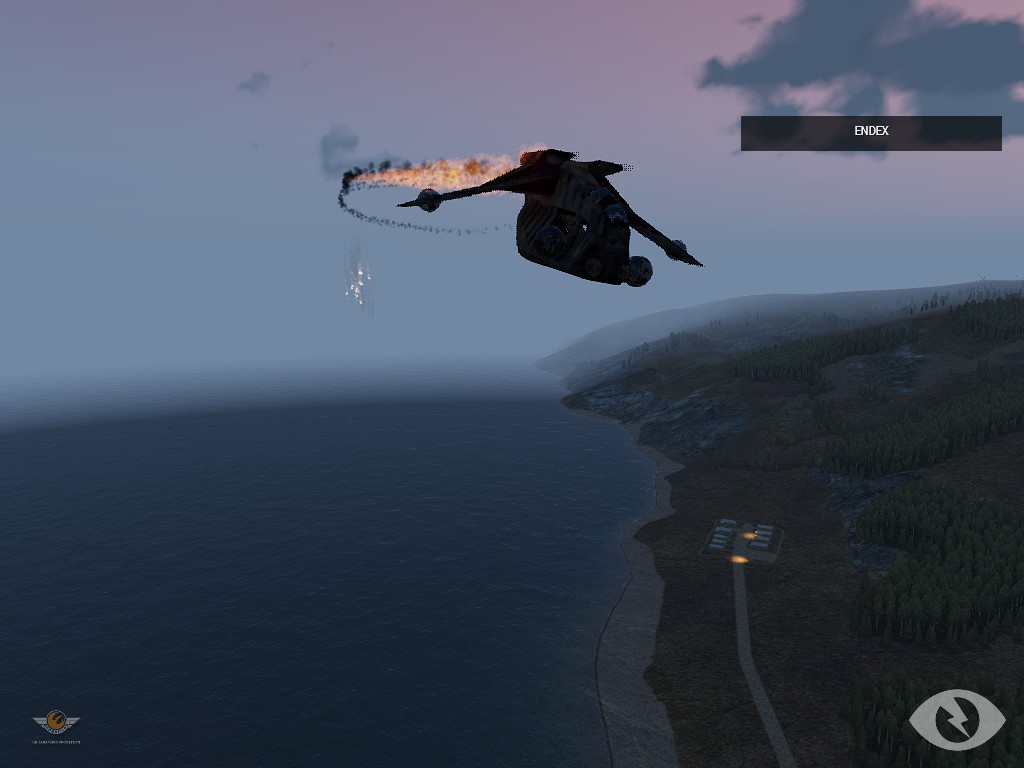 501st News opinion doesn’t necessarily reflect the opinion of the entire community. If you’d like to help the news team, you can in many ways, including but not limited to, signing up for the news team, submitting an article, posting a piece of media or getting publicity for an event. For those interested, please contact either CT Sideways or CI Daedalus for more information. Your voice matters, let it be heard. We’re currently looking for journalists to collect stories, media and content and story writers to write articles. Also please consider donating to the 501st to help pay for server costs and help keep this community alive and well maintained. Photo credits: CM-P Navo, CT Chaser, CT Raykan, CT September and Me  Extra graphics by: CT Daku