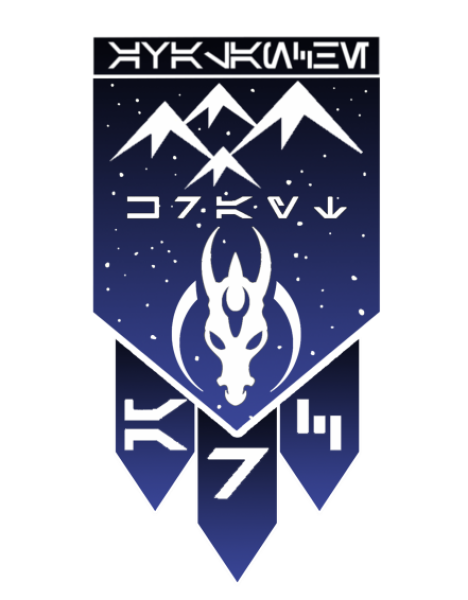 Since the closure of the Legion’s “Onyx” ARC detachment, officers from varying parts of the 501st have been hard at work finding a solution to the Legion’s need for not only a new breed of ARC, but a new breed of trooper. The answer was clear, but the work ahead of them would be a long and arduous process. 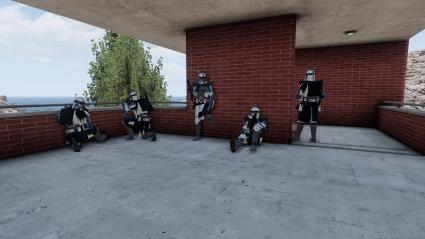 “When Onyx had closed down, my first reaction was not a joyful one - I wasn’t excited to see Onyx closing, I was dreading the loss of something that was both integral and interesting to our community. At the end of the day, Jay made what I think was a hard call, and Onyx was shut down. With Onyx’s closure, we went to work planning out an alternative, a second-pass so to speak.” - CC Player

A new breed of Advanced Recon Commandos, with the drive and determination to lead the charge against the forces of the confederacy where needed to fill the void left by those that walked before them. These troops would excel in scouting and reconnaissance, and by doing so, ensuring the path is clear for their squadmates.

Not only that, but by embedding the ARC troopers into general infantry squads, you can now expect to see a new level of diversity and flexibility with your respective Krayt Trooper.“The goal for this is to work on fostering a “mentoring mindset” for our 3rd Generation of Troopers.” said CT Bronson, one of the the Krayt program’s newest members. “We want them to come out being approachable, someone that the squad is comfortable with. More akin to a “big brother” figure.” This mentorship and potential originality would give infantry squads giving you that little spark of ingenuity. and spotting those key points across the battlefield. The intention is to make them key to any team element and adaptable to any situation where called upon.

With an objective of need in mind; the interviews that Battalion conducted during the initial recruitment phase for the Krayt program contrasted the previous ways of Onyx. Player was enlightened us into some of the new goals for the position. “Disregarding what lore tells us, we were looking for role models in the community that everyone in the community could look up to. Someone that a new CR could see and strive to be like. There was no clear “goal” for what we wanted Krayt to be, it was what we wanted the ARC troopers to be, and what Avalanche (and now cyclone) needed them to be.”  Whereas Onyx sought to assess candidates in-part on a virtual setting, Battalion made a point that Krayt candidates would be selected based on their character, essentially picking apart who they were and mold them to become wealths of knowledge for others.

A New Breed of Trooper

“A big thing from me is that here at the Company & Battalion level, there’s always initiatives taken to provide the troopers with “a bigger toolbox” so to speak. We wanted to give them the tools they need to succeed so that everyone has a baseline knowledge and gets a grasp of what they’re doing. In no way are the things we teach our ARCs unique or vastly special from what anyone else within the unit should be doing. We’d like to see Krayt troopers integrate what they learn here into the community as a whole.

They’re role models, but they aren’t ahead or “on top of” their peers. Lead from within, not from without.” - CS-M Odin

Ready and on-call for any challenge presented to them, the Legion’s Krayt troopers were selected to become the Battalion’s finest. Both candidates and graduates of the Krayt Program were representatives of what the Legion needed in its community, leaders that could promote a positive environment, one that would allow the troopers they work alongside to not only better themselves, but those around them.

“From what I’ve heard and what I’ve seen, it seemed that leadership intended for Krayt troopers to amplify Avalanche’s effectiveness. To promote growth within the platoons they were embedded within and perform to the best of their ability.” - CT Kitsune

“The training highlights smaller group tactics, maneuvering in small teams accompanied the training as well, which built a level of trust and comfort among team members. With that, I envisioned Krayt Troopers as those that would be putting their best foot forward to be role models in the community when we get together we’re capable of achieving in any environment.” - CT Bronson

Battalion and the candidates that have already been accepted into the ARC program look towards easy sailing, and a stellar future where they can continue to perform at the best of their abilities. Providing the members of the 501st around them with both guidance and the proper mindset to approach tomorrow’s challenges. Growing in both virtue, and leadership as time passes

“With Phase 6 in our future, the Krayt Program is being expanded with Cyclone. Cyclone's ARCs will be known as Nexu and platoon ARC selections will continue. Down the line ARCs may be able to be used for recon and path-finding before we go to a planet, just like Acklay. Acklay will still be used for path-finding, but the ARCs will give us another tool to use in case Acklay is being used elsewhere.” - CC Crisis

“In the future I’d like Krayt to expand on what it is now, in addition to that I’d like for their member retention to remain constant. Everyone can agree with me on this, I don’t want to see ARC turn into what it was before, where it became so out of tune that it was unrecognizable.” - BC Jay

With this, the 501st Legion expands its “Tool-box” with quality members from within its community for application towards the war effort and a brighter future ahead. Look forward to the next time, when we whip up a bit of a whirlwind so keep an eye out for the center of the storm! 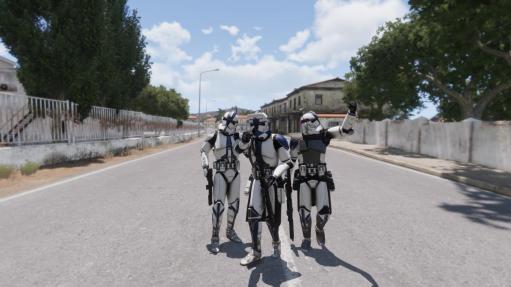