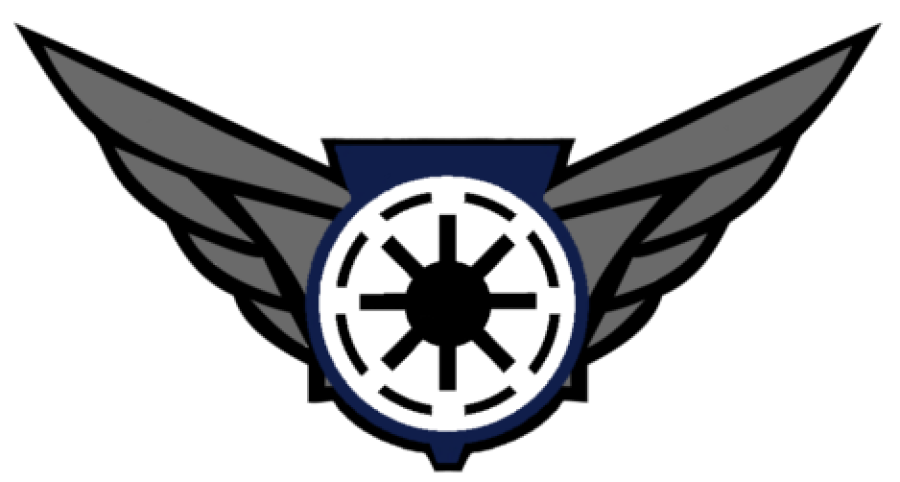 From meme to reality, Acklay’s expansion into a Company came as a surprise to many across the 501st community when it was first rolled out to the Legion. The expansion has added a second Platoon to Acklay, each platoon being three squads strong. *(At the time of this publication, Acklay 2’s 3rd squad is closed). Acklay’s growth from a detachment to a Company wasn’t without its challenges and tribulations of course. (The most important being who gets custody of George!)

For those who don't know, Acklay is the 501st Airborne Company. They specialize in path finding, QRF, and raids. Acklay deploys from LAATs into the AO like the rest of the battalion, but instead of landing, they jump from them! Using their jump packs to keep them safe from gravity's embrace, Acklay can be deployed to get into the thickest of enemy lines, or help pull pressure from other lines their way. But that's not all, lately, they've specialized in expansion!

The Road To Company 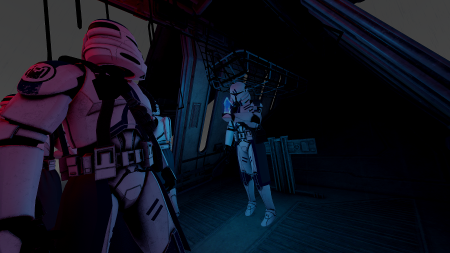 Members of leadership in the newly formed Company faced a myriad of challenges before it’s inception. We sat with CC Lava, the Company Commander of Acklay, where he said the following when asked about what the biggest challenge for expanding Acklay into a Company was; “[...]However, discussing and understanding benefits and issues with three squads per platoon was originally one of the hardest decisions.”  Which is understandable considering before this the only other time any platoon had been three squads in size was when the 501st was first created and still growing. Ultimately, though, Acklay jumped over the many obstacles that faced them throughout this expansion process and have come out the other side much stronger as a result.

That didn’t mean that Acklay didn't face issues however.  “We needed to make sure of all of the documentation, training, rosters, and how the transition would work before proposing it to battalion.” said CI-S Power. “ Additionally we wanted to make sure that we had a good base to build from with strong troopers and NCOs who were ready and able to grow into higher positions, for example Nobear and Grinch taking the 1-7 and 2-7 positions. However, that wasn't enough. One of the biggest things was moving from a four squad platoon down to three, this kept the mindset and feasibility of being a supporting element with a focus of QRF in mind. It was a long process but I'm glad we put in the work. CC Lava and CS-M Ricochet put in a majority of the work and I think they did a great job.”

Even after the changes went live, there were still new challenges to take up. 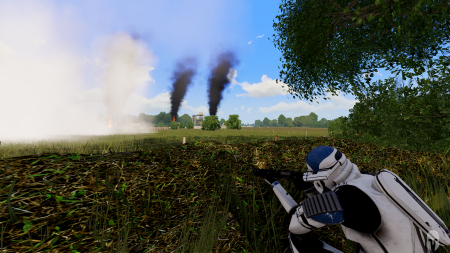 Acklay leadership said that the some of the biggest challenge they faced while expanding was having to shuffle members of Acklay between their first and second platoons. In order to facilitate the manpower to staff the platoons comprising Acklay’s two platoons, the airborne detachment made the decision to distribute their current assets amongst themselves, resulting in the allotment of two squads to each platoon. Some members found the new platoon times unfavorable, while others in the first platoon found that 2nd was a lot better for their sleep schedule.  While the third squad of 2nd platoon is still closed, Acklay 1-3, as of writing, has all active slots filled, making Acklay 1 a full 3 squad platoon. So what does that mean for Acklay 2-3? Well, it's a priority to be sure, but CS-M Ricochet had this to say on the subject;“2nd Platoon specifically is eager to start the process to have our 3rd squad open up. Leadership for the new squad is being observed and we're making sure everything is ready for shifts here and there. Anything else info wise and I'd have to kill ya.”

The overall mood for the Airborne company has been positive, and bright futures with good fortune are expected on the horizon! These recent additions to the Legion’s ranks are not a newfound thing, the conception of the new airborne platoon has been in motion for some time now. CC Lava said that it has been in progress for over a year, and that this change has been in the works since CS-M Ricochet was just a wee CP!

The biggest question on everyone's minds though is what is to happen to George, Acklay’s mascot. We got many answers from leadership on what should happen. Some report he is being watched by the Company's new Warrant Officer, Mimir. Others still say he now lives under the UTC training grounds so he has plenty of food and exercise. But, luckily CS-M Jan has assured us that there still will only be one big Christmas for George.

Jan also had the following to say about the fate of George “...because in Acklay maybe because it’s still fresh or because we highly encourage the fact that Acklay is Acklay, everyone sees themselves as part of Acklay not because they are told to but because they want (to be). Everyone holds themselves to the same standards so fighting over custody of George wasn’t even a discussion point, it was clear that George will be shared by everyone equally.” 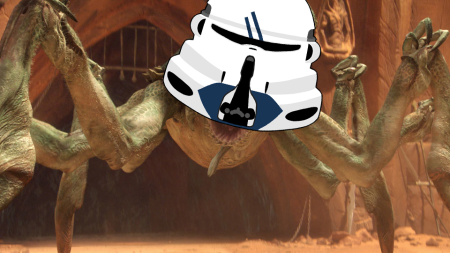 Faced with the daunting task of manning a new platoon, Acklay has tackled the problem head on and with high spirits. We’re confident that the Company’s Leadership will continue to meet this problem with rising tenacity, and in due time, prove that the newest addition to the 501st’s Airborne Company will prove itself to be one of our most valuable assets! If you'd like to know more about Acklay, feel free to join one of their many channels and ask! While as of this publication, Acklay is not recruiting, this shouldn't stop you from going and having a chat. Acklay members are well known to have game and movie nights that are open to all, and we can assure you, none of them bite…. Well… maybe Goerge does, but it's only happened twice. 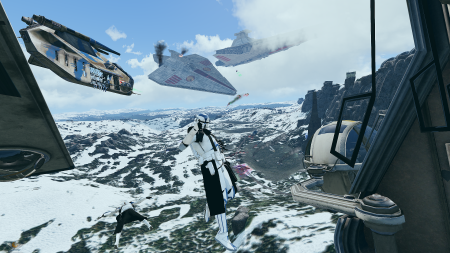 *"George resides where he always did. In the hearts and minds of all Acklay Troopers. But we put him in Company and made a trapdoor to his pen in the BCT/UTC barracks. Gotta make sure he gets his exercise and what not." - CS-M Rico

I rate this 4.5 wet sandwiches and 1 supersized Nicolas Cage