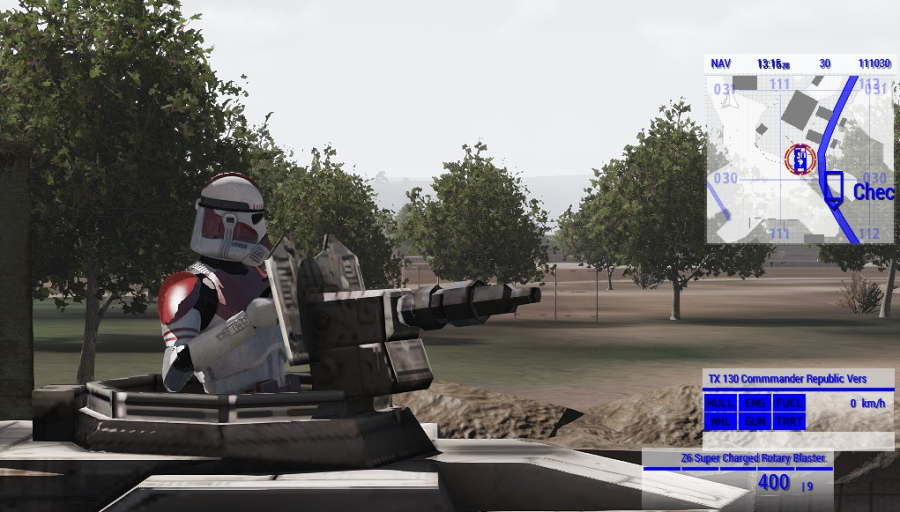 To my Fellow 501st members and all GARC members, a special report.

The Return of Checkpoints RP

From delivery drivers to drug lords, backwater storytellers and bartenders, and all the Coruscant guard members in between: after a long hiatus, Checkpoints RP is back.

All the Galaxy’s a Stage….

The premise is simple: participants are divided into two groups, the actors and the Guard. The actors get to be whatever they want. On this day of fantasy, some chose laborers such as hospital workers. Others became hungry for power and chose to serve their own ambitions.

A Hive of Fun and Villainy

Perhaps unsurprisingly for a game mode which revolves around border crossing hi jinks, a group of weapons smugglers were the fan-favorite actors. The actors in question had snuck weapons through the checkpoint to sell on the market. Once in town, the smugglers became disgusted with the living conditions facing the poor people in the town.

As they witnessed the horrible taxation of the people, the smugglers became sympathetic to the commoners’ cause. Overwhelmed by a sense of justice, the smugglers turned revolutionary and staged a protest.

It became violent very quickly. After a fierce firefight, manhunt, and an eventual hostage situation, the rebellion was squashed. Historians are still analyzing the rebellions effects to this day.

The other side of the struggle for revolutionary justice is also worth exploring. Like with every town, there are laws and regulations, and there are those commissioned to ensure any loose nails are hammered back into place. The constables of the town surrounded by the titular checkpoints were the Coruscant Guard. These guard were very, very busy.

Aside from the mountainous task of dealing with a splatter painting of unrestrained shenanigans, they also had the duty of collecting taxes,  performing cargo checks and frisking incoming citizens for contraband. The Coruscant Guard kept order with foot patrols, vehicle transports, and of course LAAT surveillance.

Anyone caught breaking the rules would be detained and sent to court. There, a judge would deal a punishment to fit the crime. The judge, like the Guard, had a very active Saturday.

But so too did the servers. A queue to get in had to be formed almost immediately. Some members of the unit waited hours to get in, with the highest reported wait time pushing six hours. Some people never got to login at all. Unfortunately for them, it was a blast. After such a long break from Checkpoints RP, it’s unsurprising to many unit members that there was a significant turnout. Still others are pushing to make the event a recurring one as it was in years past.

The Eye in the Sky

Speaking to CC Player gave some enlightenment into how much work goes into these events. Player ran 3 sessions on Sunday, each about 3 hours long. Including setup and organization, Player says he spent about 11 hours in front of his computer. Not only that, he had to make sure the Coruscant guard leadership knew their responsibilities, map editing, and all the other things required to run a smooth operation.

After CC Player announced his intent to revive Checkpoints RP, CC Lava, a veteran of some of the older Tatooine Checkpoints RPs, wanted in. It was his first run as Zeus for the event, but his experience with former CW-O Lindsey left him more than prepared.

Some of Lava’s favorite activities where the Geonosian invasion, the rebel insurrection, and Coward’s rousing speech rallying his troops. The Lieutenant was disappointed at the lack of turnout at his personal go kart track, which had been open to scum and villainy alike despite the limited use. Player also had some favorite memories of the event. In particular he enjoyed seeing a pilot giving helicopter tours of the city, the Porg invasion of the checkpoints, and seeing members of GARC come out.

When asked if we would see another Checkpoints RP before the third anniversary, Lava responded: “that's to be determined.” Player was a little more optimistic but thinks it needs to grow small and organically.

“CT Pro’s Trouble in Quarantine Town is a great example of how it could work. He's started small, organizing his events and his zeus's. If it was handed off and someone tried to make it as big as it is now off the bat, it might not go as well.”

As always, make sure to give CC Lava and CC Player a big thank you for all their hard work during the event.

The following article was written by our very own CC Cruisie:

Two years ago, give or take a day or two, I was talking to one of the founding members of the 501st Legion - a guy named Piner. This guy that I've known for the past year or two, with Jay, while talking to him about the 501st Legion he told me something that sticks with me to this day. He told me that Jay ,and himself will find away to keep this unit up for a long time. He might not know how the unit would turn out, or that he would be kicked out for doing something stupid, but the unit is still up, still growing, and still kicking ass. Sadly I am the third longest member in the unit, Shiv in second, and Jay in first.... The sad part is, Jay never talked to me about the Starsim unit, I had to go to him.... I asked him, "What does a guy gotta do to join this Star Wars unit?", he  replied: "You guys got to answer one question, do you like Star Wars?". I sat there thinking, I've known this guy for almost two years, played other games, like Star Trek Online, and others.... So I replied "No I don't like Star Wars, Star Wars is life!". I did not think I would be here today making sure the servers are up and running on our own Dedicated Server Box that I help built, that all of you help funded. I also didn't think we would be using the same TeamSpeak 3 server that Jay bought back in 2015 for a team that uses a Star Wars symbol for the logo. After a month of the unit creation, I built a website for shit's and giggles to show it off to Jay, and the other members in leadership - last week the website had 5,988 users login via Steam today, that is at 6,014 and growing. 6,014 people have come and gone from the unit, not only has the unit been alive for two years now, it's got over six thousand people coming to our website to either join, check us out, to see what the 501st Legion Star Sim unit is about. We have had a few bad apples come, and try to destroy the 501st Legion, but failed, it show who can be trusted, and who cannot. As I see it, it was a means of shaking out  the flakes in the unit, to keep the loyal, and the people who want to see the unit grow strong. Yes I did forget that fireworks mission that I had made last year anniversary, but there is always next year!

The last week has been a great anniversary for the 501st. I’ve personally seen many great things not only in the last few days, but in my entire journey of the 501st. Back in late 2017 I joined because I had seen a video of someone being executed from a huge amount of clones.

I was amazed, as I had never seen a Star Wars mod this large with the capabilities of Arma III. With some time I rose through the ranks and now it’s been almost two full years since. I have many stories to share and many important memories and experiences inside the unit. Many of the people who were here in late 2017, when I joined, are still around, in many different positions and holding many different ranks. These loyal members and myself continue to maintain the unit in hopes that more people will come to gain these memories and form new experiences. With the last anniversary weekend, we had over 90 people trying to come play the old-school checkpoints RP. There was a 3 hour long queue to join! This was a major reason for a large majority of our members joining and even to this day, people are willing to join the 501st to experience such a large community together. Let us now work together for the future of the Legion and here’s to another two good years of the 501st. 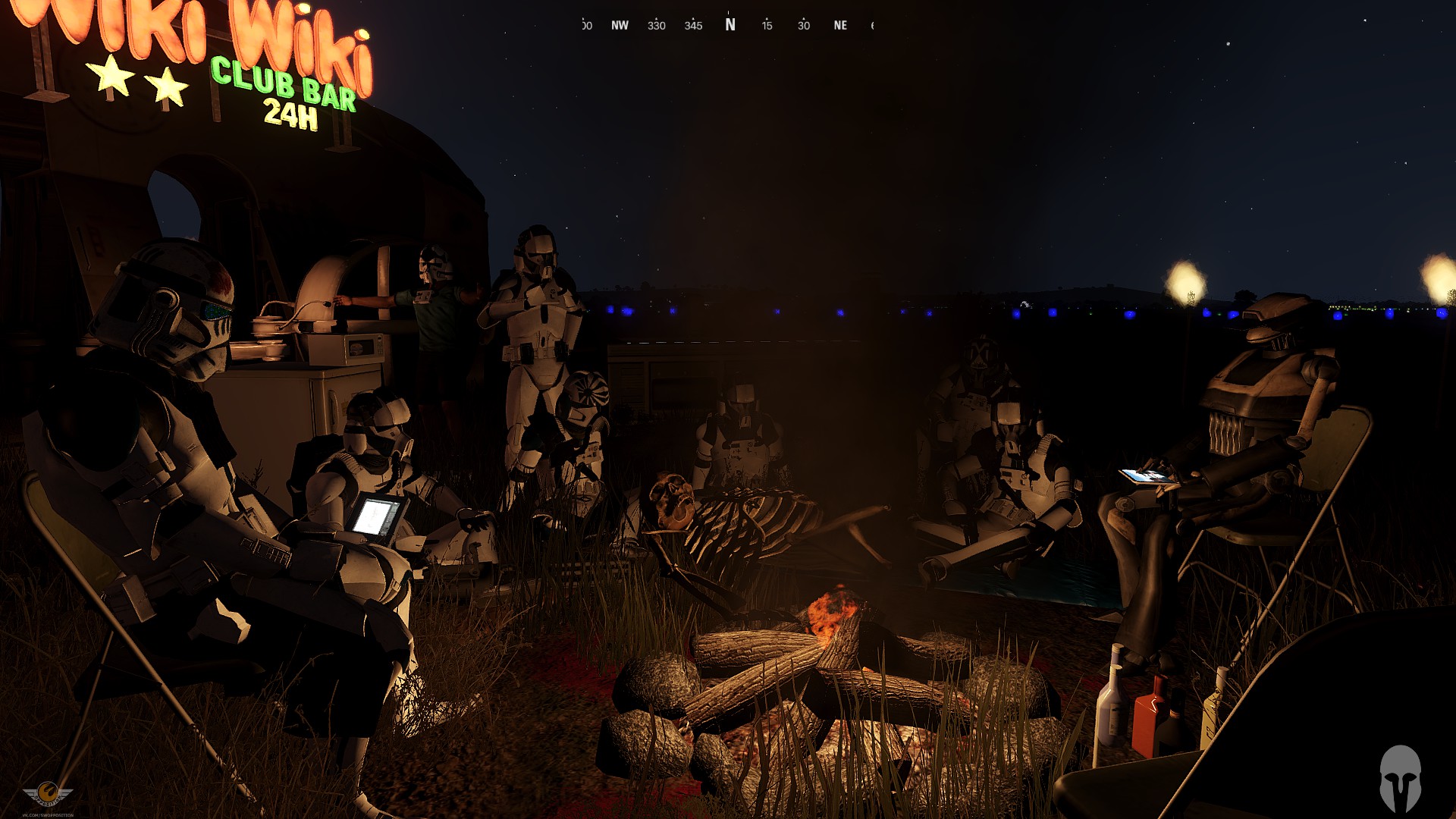 “I was promoted this week, however I still feel the same.” - CC Player

“While we are not saying 5th Platoon does exist, we're not willing to admit it's not real” - CS-M Coward

"Regarding last week, I found out that CC Ewik dips pineapple pizza in milk!" - CC Lava

“Congrats to Razor class 16. Roster is almost full, however the next class will be delayed.” - CX Scuba

“Mynock is excited to hold our FTX next week. Additionally Mynock is looking to fill our two remaining slots and is finishing up on our needed documentation.” - CS-M Jan

Hitting DEL (Delete) on your keyboard while driving a vehicle will activate the cruise control, allowing you to maintain a slower speed.

501st News opinion doesn’t necessarily reflect the opinion of the entire community. If you’d like to help the news team, you can in many ways, including but not limited to, signing up for the news team, submitting an article, posting a piece of media or getting publicity for an event. For those interested, please contact either CT Sideways or CP Sense for more information. Your voice matters, let it be heard. We’re currently looking for journalists to collect stories, media and content and story writers to write articles. Also please consider donating to the 501st to help pay for server costs and help keep this community alive and well maintained. Photo credits: Me, CT Kuro, CM-C Flourite, CX-P Kushiban and CP Hoodoo. Extra graphics by: CT Daku