With a unit as big as the 501st, it requires a discord just as big.

The 501st is one of the largest communities in Arma. As of writing it consists of one GI company, one Airborne company, one aerial squadron, and an armored detachment; adding up to around 400 active members. This of course barely scratches the surface of how many people are truly in the unit, with an active reservist company also made up of four sections and an even larger group of inactive reservists not to mention all the fresh CRs. These members all combined bring the  unit easily close to one thousand members. To keep everyone “in the know” the unit has two main ways of communication: the teamspeak for general conversation and official 501st functions such as operations and squad trainings; and the discord used for day to day conversation and big announcements. Due to how large the unit as a whole , the Discord numbers somewhere over 1000 people. With such a large Discord, a team of members from across the 501st have been assembled to moderate it and ensure that everyone has a good time. This team is made up of a small group of trusted Discord admins, the NCOs of the 501st, and finally the unit’s military police. These three groups of people work together to provide a quality experience on our unit’s Discord.

The forefront of the Discord moderation has usually come from our Discord admins; CW-S White and CX-X Canik. White has been one of our longest running Discord admins and has almost been here since the start of the unit. White joined the unit back in 2017 when it was first started, after the 501st scrapped their old Discord and made the one we use today, he stepped up and began to help in it’s moderation. Soon after, White was made our Discord admin. Recently due to how large the unit has become, moderation of this Discord can not just fall to one man and CX-X Canik has been the second admin to join White to help take some of the workload off of him. Their main job here is to assist in the backhand work of the Discord, this mostly includes creation of new roles and channels and the technical side of running a Discord.

The other group of individuals who have access to all of the channels on our Discord is the Military Police. The Military Police have been around for a while in the 501st and were recently given access to all channels on the Discord to also help with it’s moderation. Their job in relation to our Discord is to simply observe and ensure that there are no issues and if there are any, to bring them to the proper individuals, who can handle it from there. CP Bjorn, one of the military police, has described it as “Keeping the peace”. Additionally CX Scuba, the current acting head of the Military Police had the following to say: “To enforce rules, hold people accountable for their actions, identify when there are problems and be a mediator in situations,”.

The main purpose of the Military Police as described by CX Scuba and CP Bjorn is to ensure that everyone is having a good time, whether that be on the Discord, on the teamspeak, or in-game. They are here to act as mediators when a situation does arise. CX Scuba said the following as to why he became an MP: “No one signs up for the purpose of going after members. For many, it’s about being a mediator for fairness or being an option for unit members to reach out to, especially to handle difficult situations. My reason for joining is because I care about how people treat each other in the unit, but obviously it’s always preferred that everyone is enjoying their time.”

The backbone of our Discord moderation isn’t handled by either group, but instead handled by our excellent NCOs, coordinated and assisted by the battalion NCOIC, CS-M Odin. Odin described his own role on the Discord as that of every other NCO, to keep their eyes and ears open looking for any issues/people getting out of line and to correct it if it hadn’t already been handled. Our NCOs are responsible for moderating and regulating our Discord, mostly in relation to all public channels and their own personal squad/platoon channels depending on their billet. Their job is to act as mediators and moderators between various members of the unit when people get out of line and to enforce the rules of the unit, including the Discord. Odin has described the moderation of the Discord as due to the fact that the Discord is such a large place, it can not be one individual left to its moderation. As such our NCOs act as a team to keep it moderated. They ensure that the rules of the 501st stay followed, and help moderate issues between members of the 501st when the need arises.

As described by Odin, our NCOs, admins, and military police work together to make the Discord a thriving place where you and I can go to chat, share memes, and much more. When asked what he thought about the community Odin had the following to say “The community, the friendships that I made here, joined the unit two months after making my PC, joining this unit was a stroke of luck, not sure that I was going to be this dedicated and stayed because of the friendships that I made, people like Player,Koda, and Shade that I have known for about as long as they were here in the unit, working together to create experiences that others can enjoy, and to keep the unit running, even when having bad days I do it anyway because I feel very lucky to be in the position that I am in,”.

If it was not for the dedication of our admins, military police, and NCOs the discord would not be what it is today! With a well rounded team in place to keep our members safe and informed, the Discord has become an essential part of the units day to day functions.  As always, thanks for reading and be ready to do some recon on our next Corp article. Till next time. 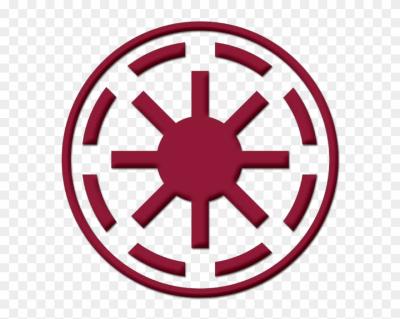 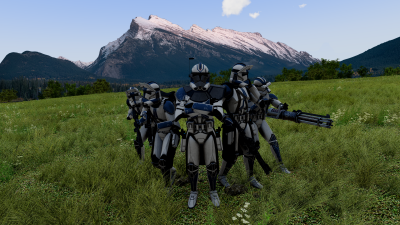